There is a growing number of people losing faith in the God portrayed by Christianity and with good reason. Richard Dawkins captures this mood when he says:

"The God of the Old Testament is arguably the most unpleasant character in all fiction: jealous and proud of it; a petty, unjust, unforgiving control-freak; a vindictive, bloodthirsty ethnic cleanser; a misogynisitc, homophobic racist, infanticidal, genocidal, filicidal, pestilential, megalomaniacal, sadomasochistic, capriciously malevolent bully"

For anyone who has read the Old Testament it seems there is plenty of evidence to apparently support this claim.

Genesis 6:7  And the LORD said, I will destroy man whom I have created from the face of the earth; both man, and beast, and the creeping thing, and the fowls of the air; for it repenteth me that I have made them.

Genesis 19:24-25  Then the LORD rained upon Sodom and upon Gomorrah brimstone and fire from the LORD out of heaven;  (25)  And he overthrew those cities, and all the plain, and all the inhabitants of the cities, and that which grew upon the ground.

Exodus 32:9-10  And the LORD said unto Moses, I have seen this people, and, behold, it is a stiffnecked people:  (10)  Now therefore let me alone, that my wrath may wax hot against them, and that I may consume them: and I will make of thee a great nation.

Numbers 11:1  And when the people complained, it displeased the LORD: and the LORD heard it; and his anger was kindled; and the fire of the LORD burnt among them, and consumed them that were in the uttermost parts of the camp.

1 Samuel 15:2-3  Thus saith the LORD of hosts, I remember that which Amalek did to Israel, how he laid wait for him in the way, when he came up from Egypt.  (3)  Now go and smite Amalek, and utterly destroy all that they have, and spare them not; but slay both man and woman, infant and suckling, ox and sheep, camel and ass.

Matt 5:17-18  Think not that I am come to destroy the law, or the prophets: I am not come to destroy, but to fulfil.  (18)  For verily I say unto you, Till heaven and earth pass, one jot or one tittle shall in no wise pass from the law, till all be fulfilled.

John 5:43  I am come in my Father's name, and ye receive me not: if another shall come in his own name, him ye will receive.

John 17:6  I have manifested thy name unto the men which thou gavest me out of the world: thine they were, and thou gavest them me; and they have kept thy word.

How could this be possible? Jesus knew the Old Testament Scriptures and yet he lived the most kind, merciful and gentle life. He never killed any person. He healed the sick and dying and willingly laid down His life without any retaliation.

This must be one of the greatest conflicts of logic imaginable. How could Jesus claim to represent the God of the Old Testament and yet seem to be completely opposite to Him in Character? The resolution of this question must render Jesus as completely deluded or the most significant revelation of human history to answer our human dilemma of violence and bloodshed. If He truly is the revelation of the Father then most of us most be missing something in how we read the Old Testament.

In the book the God Delusion, Richard Dawkins rightly states:

"We are all atheists about most of the gods that humanity has ever believed in. Some of us just go one god further"

This website invites you to go to the next step beyond Richard Dawkins' suggestion to go that one god further and discover the God reflected in the life of Christ.

Have you become or are you willing to become

atheist to the Christian God

an atheist or former deist drawn to Christ's God? 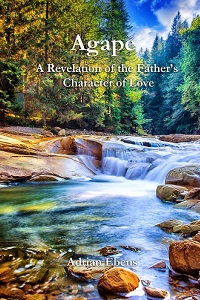 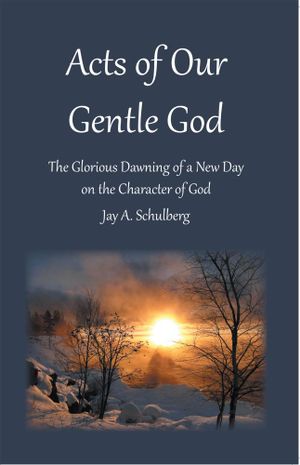